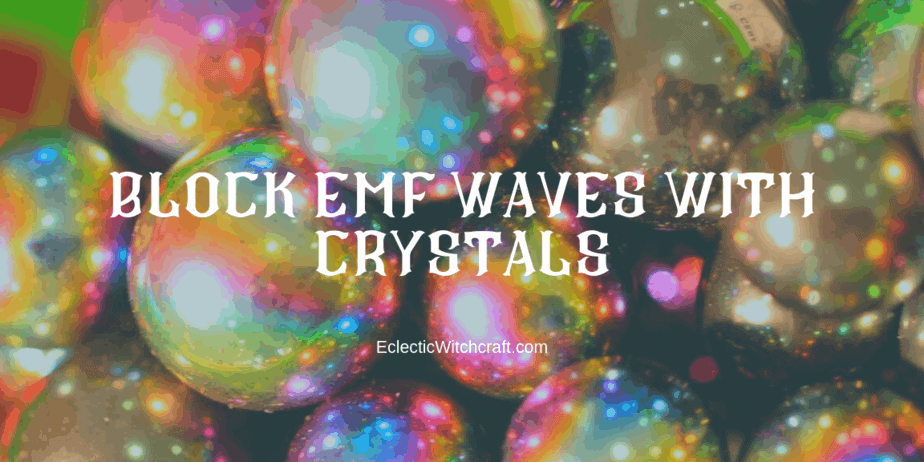 Electromagnetism is a tricky subject in today’s world.

Everyone’s got a phone in their pocket all the time.

You’re on your computer for 8 hours a day at work.

All of these situations mean we are bathing in electromagnetic fields!

But we know that EMF radiation is dangerous in high doses.

What we don’t know, and we won’t be able to know for some time, is the effect of constant, low-level EM radiation.

But if high doses are dangerous, it’s safe to assume that a little bit, all the time, probably isn’t ideal.

EMF sensitivity can lead to trouble sleeping, nervousness and anxiety, depression, and everything that goes with those maladies.

It can lead to physical sensitivity, where any sensation feels like it’s a thousand times too much.

So what can you do? Well, there’s a lot.

You can put your phone on airplane mode, and never sleep with it under or next to your pillow.

Maybe spend more time out in the woods (which I always recommend).

You can go fishing, and leave your phone in the car.

But at the end of the day, you’re going to have to come home.

You’re going to need your phone.

You’re going to need to go to work.

Work’s probably going to have wi-fi and electronics.

You’re going to need to expose yourself, in our modern world, to forces you may not be altogether comfortable with.

That’s where we hope, where I hope, that this article can be helpful.

One of the simplest things you can add to, rather than subtract from, your life is a crystal.

If you pick the right ones, they might just be able to lessen the negative effects.

What Are EMF Blocking Crystals?

These are crystals that block these negative frequencies and help to clean the energy around us.

Fulgurite is one of the coolest things in nature.

Almost everything else on this list is some kind of crystal.

They’re real minerals that form naturally as part of the cycle of tectonic movement.

Fulgurite is something else.

It’s the glass created when lightning strikes sand, superheating it in an instant.

And that creates a powerful sympathy to electrical fields; when you have movement and electricity, magnetism follows by definition.

Famed for its protective qualities, Shungite is nearly pure carbon. Unlike nearly all of the other stones on this list, contains no particular iron content.

Its wide availability and nice clean black coloration make it an excellent choice for a protection crystal.

Tourmaline is a beautiful semi-precious stone in a huge variety of colors.

I want you to ignore those colors… for now. For the sake of its magnetic protection properties, you want it black.

When Tourmaline loses its clear, colorful aspect and instead shows black, what you are seeing is black iron content.

That black iron is your friend.

It will catch and block EMF radiation around you—even from an electromagnet, if one were around.

Aegirine is another mineral with Iron in it, and it is a great option to block EMF.

Unlike Tourmaline, which may have no effect with the wrong coloration, all genuine Aegirine will work for this purpose.

Amazonite has many healing properties, and can be used for protection of many sorts.

Interestingly, its green color comes, in part, from trace amounts of iron in the stone.

Usually you’d expect red or black coloration, and that green is copper!

But scientists in Mozambique have recently found that it is probably tied to iron content instead.

The black coloration of this normally-white stone comes from high iron content.

The shine and luster of it, however, is unmatched in all the others, though they’re all beautiful.

If I wanted a crystal for beauty as well as protection, it’s hard to pick anything but black moonstone.

A Warning About Magnetic Crystals

Many, though not all, of the stones up to this point are, to some degree, magnetic.

They have a high iron content, so if they’re nearby to a magnet, there will be a (very) slight pull.

The following, however, are actively magnetic, or can be made so.

I know that probably doesn’t seem like a big deal, but you will feel differently when you’ve ruined a phone screen or wiped a hard drive and lost all your photos of your dog.

That’s not to say don’t use them, but be conscious of what is around when you use them.

Don’t put them in the same pocket as your phone, your USB drive with your homework on it, or your favorite magnetic cassette tape.

When I started to read about crystals to block EMF radiation, and started to think about all the electrical fields and why and how someone might protect themselves from them, magnetite was the first thought that came to my mind.

After all, it’s got “magnet” right in the name!

Unlike many of the above, if you use a powerful magnet, you can make magnetite into a magnet itself.

That’s good, in the sense of protection! Just remember to be careful!

I include this as a warning: Hematite by itself isn’t going to protect you from EMF.

However, many stones sold as Hematite have a high Magnetite content, and so they can stick to magnets and become magnetized.

That’s the Magnetite, not the Hematite.

Despite the golden color, you may be surprised to learn that Pyrite is incredibly high in iron content (it’s iron disulphide)!

This stone can stick to a magnet, no problem, so again, the idea is, you’re using it as a lightning rod.

Attract all the energy to the crystal, and whatever you come into contact with, the stone will pick it up instead of you.

Crystals May Not Be Enough To Block EMF Waves

You can get all the crystals in the world, the best advice from crystal healers and crystal experts, and it’s all wonderful stuff.

But an ounce of prevention is worth a pound of cure! Don’t leave electronics on all the time.

Turn them off when you’re not using them, don’t hang out more than you have to by machines, and be aware of what you’re putting out into the world.

Then, once you’re doing what you can with mundane methods, you can go that extra mile with magickal techniques and tools! 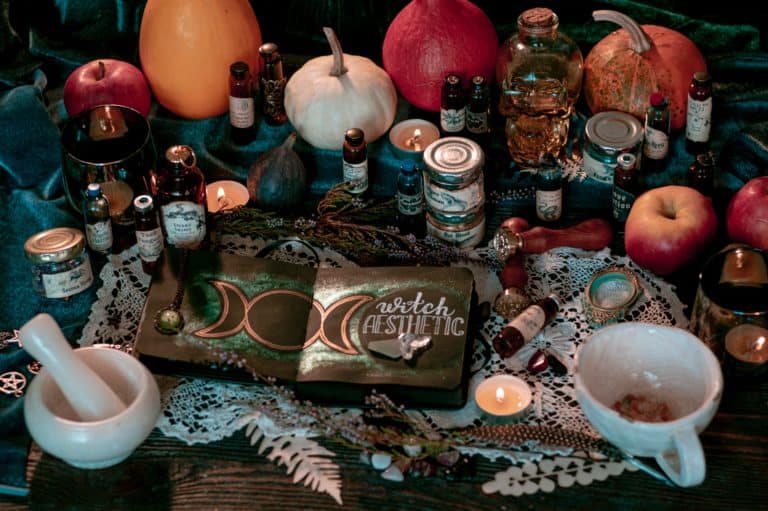 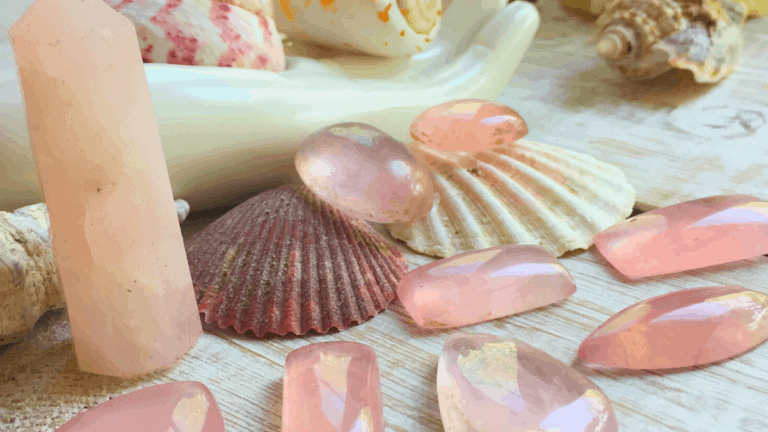 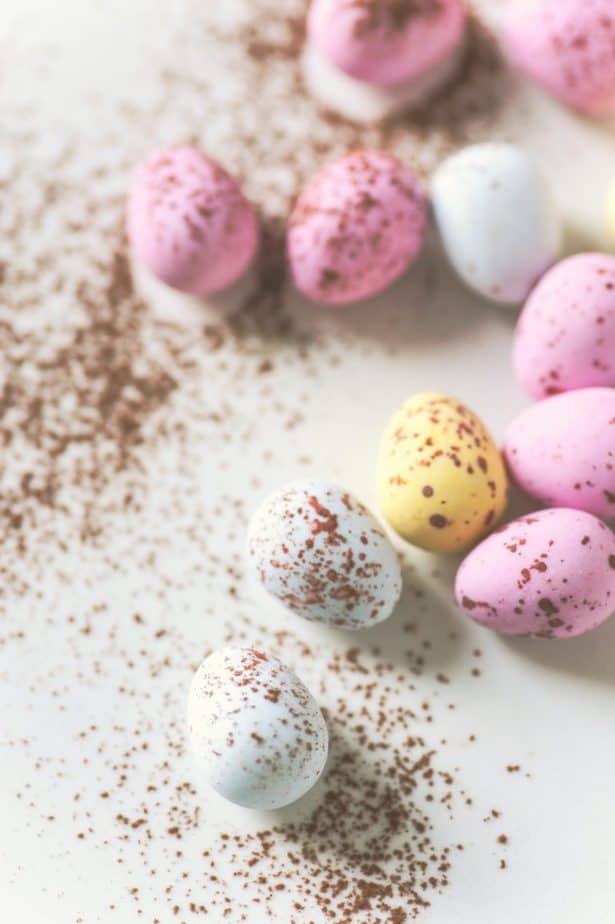 Please note that posts on this site may contain affiliate linksWe can use crystals for Ostara to celebrate the Goddess Ostara or Eostre and the themes of Ostara. Ostara’s spiritual themes are rebirth, creation and new life, fertility, and letting go of the past. On the Vernal Equinox or Spring Equinox, we must try to… 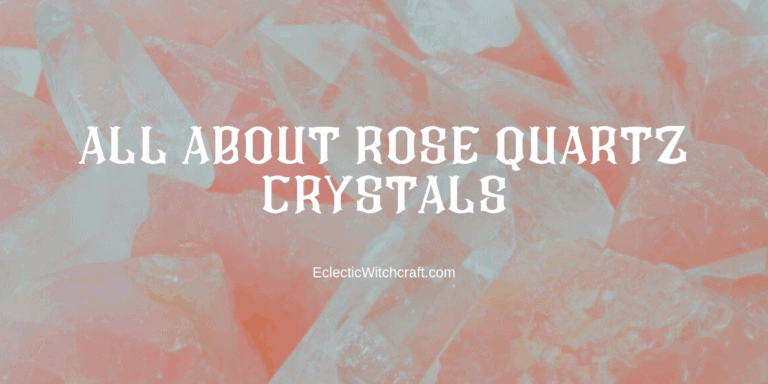 Please note that posts on this site may contain affiliate linksWitches are crazy about rose quartz crystals! It’s easy to say that they are the most popular crystal. Even people who don’t like woo woo or new age topics will wear a gorgeous rose quartz crystal when they’re going out on a date or need… 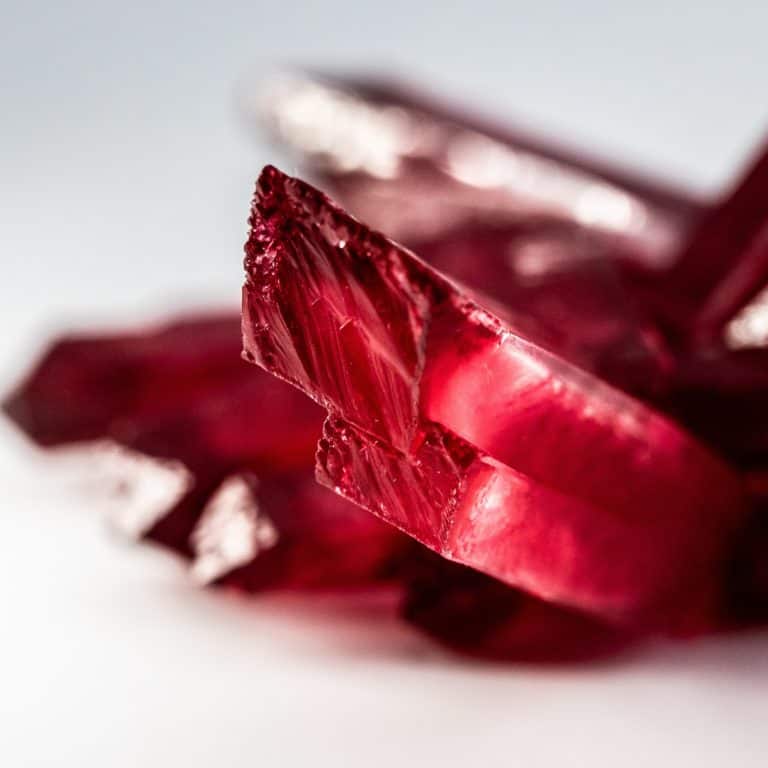 Please note that posts on this site may contain affiliate linksRed crystals are stunning gems in jewelry or on a pagan altar. Red crystals tend to represent the element of fire, and have traditionally been used for protection as well as to heighten sexual and physical energy. Witches use red stones in their spells and… 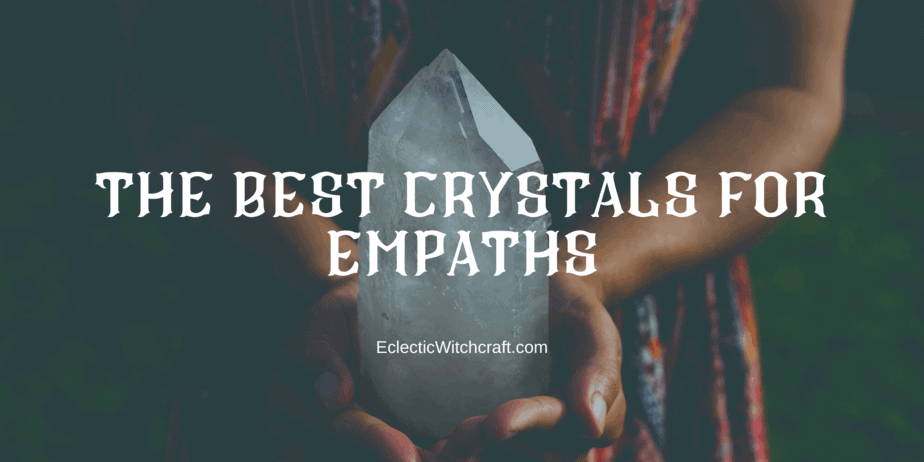 Please note that posts on this site may contain affiliate linksSome people covet the sensitive powers of an empath. They imagine how nice it would be to be such a powerful healer or intuitive person. It’s easy to imagine that the world might appreciate an empath more than a normal person. But empaths know the…