Charms against the evil eye are a common sight in witch communities. The evil eye is an ancient belief that someone can cast an evil influence on another person by looking at them maliciously. This is often used as a curse or jinx.

Many spiritual people carry charms with those bright blue eyes, but what is that symbol and what is its purpose?

The evil eye is a curse given to someone with a nasty look, often times due to the receiver flaunting their wealth or other signs of status.

The blue eye charm is carried to stop the curse from effecting us.

Book Of Shadows
Evil Eye: Protection From This Curse And Its History
$0.99

What is the evil eye curse, and how can you protect yourself from it?

This PDF has been formatted to be perfect for your Book Of Shadows. 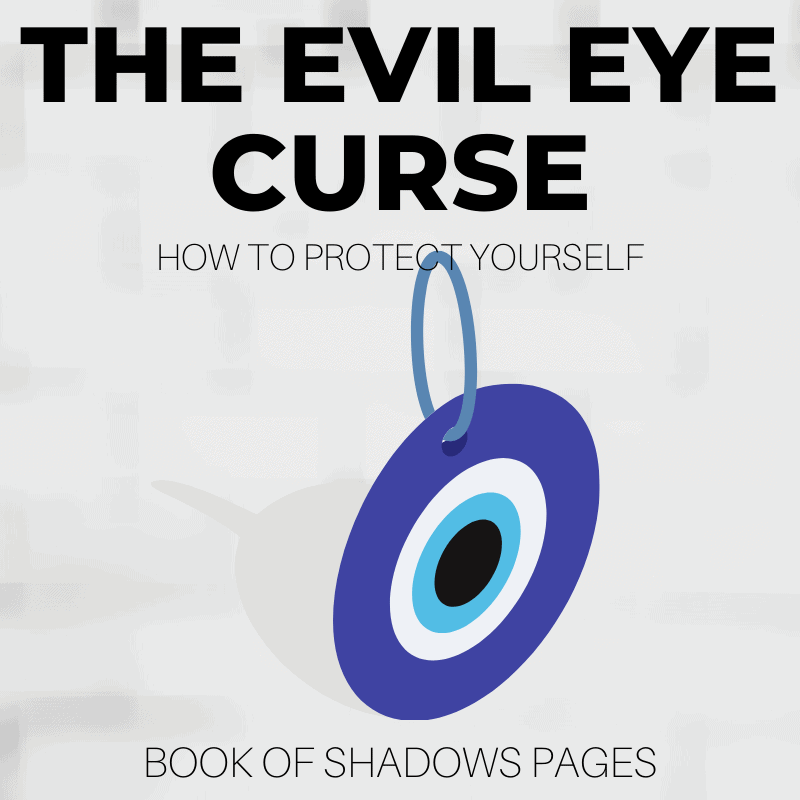 What Is The Evil Eye?

In many cultures, people believe that the evil eye can be cast on someone by looking at them. This belief has been documented among Native Americans, Africans, Arabs, Chinese, Japanese, and others.

In some cultures, the evil eye is believed to be an omen of misfortune or ill health caused by jealousy or envy. This belief is most common among people who live in areas where superstition is prevalent.

An evil eye charm is an amulet that is believed to ward off the evil eye. The Evil Eye charm is one of the strongest and most prominent symbols in the world.

You might have seen it before: The blue eye that can be found as beads, pendants, and paintings.

You might have just thought it was another spiritual fashion trend, but like most of those trends, the symbol is rooted in a belief that is taken very seriously all around the world.

Don’t mistake this for just silly fashion, because you may just be caught up by the curse too.

Origins Of The Evil Eye

The evil eye is an ancient belief that certain people can cause harm to others by looking at them. This belief has been found in many cultures around the world. In some cases, this belief was based on superstition, while in others it was based on religious beliefs.

The Evil Eye or al-ayn in Arabic is a curse that can cause any number of maladies, ailments, and bad outcomes.

From tiny annoyances to huge catastrophes, the Evil Eye is something you should want to avoid.

Most cultures believe that jealousy and greed are the main sources of the Evil Eye curse.

An evil eye (also called an envious glance) is a malicious stare that causes harm or misfortune. In some cultures, people believe that casting an evil eye can cause illness, injury, or even death.

So how do you acquire this curse?

Through another person’s glare or even their compliments, or through your own actions as you act without humility.

The belief in this curse goes back at least 5000 years to the Sumerians, but there have been 10,000 year old Spanish cave drawings that may have been used to ward off the Evil Eye.

What the Evil Eye is or does varies from region to region, culture to culture, and person to person.

But it is a belief that truly transcends boundaries.

How To Remove The Evil Eye Curse

Beliefs about how one gets rid of or avoids the curse are just as varied.

There are amulets, prayers, and rituals to protect yourself or cleanse yourself.

Different cultures have many different ways of protecting against the evil eye curse, but wearing evil eye jewelry and amulets is one of the most common practices.

Indians and Jews use charms with palm-forward hands with an eye in the center; Italians employ horns, phallic shapes meant to distract spell casters.

A simple way to ward off the evil eye comes from Italy, where the first finger and pinky finger come out from the fist (like the typical rock and roll devil’s horn hand sign).

This is one of many sexual symbols and signals that Italians used to ward off the Evil Eye.

The most popular talisman is called the khamsa or hamsa, which is the intricately carved hand you’ll see in many metaphysical shops.

The nazar, which is most popular in Turkey, is that blue glass bead that looks like an eye.

There are also prayers to ward off the Evil Eye.

But the most important thing is to avoid the Evil Eye in any way that you can.

Don’t overly brag about the good things in your life, and don’t draw the ire of your neighbors!

Discover the meaning of your eye color and how it changes your witchcraft. 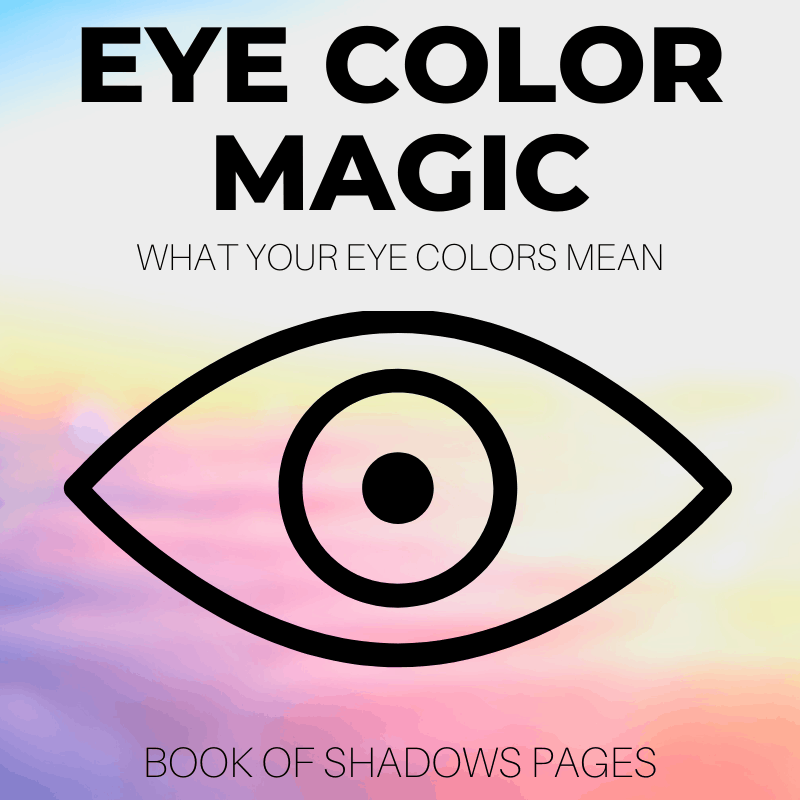