Many people believe that deities of the sun are usually male in nature, but many cultures have a goddess of light. Sun goddesses are more common than you might think.

In fact, in Egypt, the earliest sun deities were all female. From Japan to Finland, sun goddesses ruled over the day and were worshipped for their role in fertility and creation.

Here are some of the sun goddesses from many world religions.

This Japanese Shinto goddess rules over the sun and is the claimed ancestor of the Japanese royal family. Her name means “Great shining heaven”.

This is a collectible wooden figurine created in the Celtic, gaelic style. Designed for altars or decor of your interior. 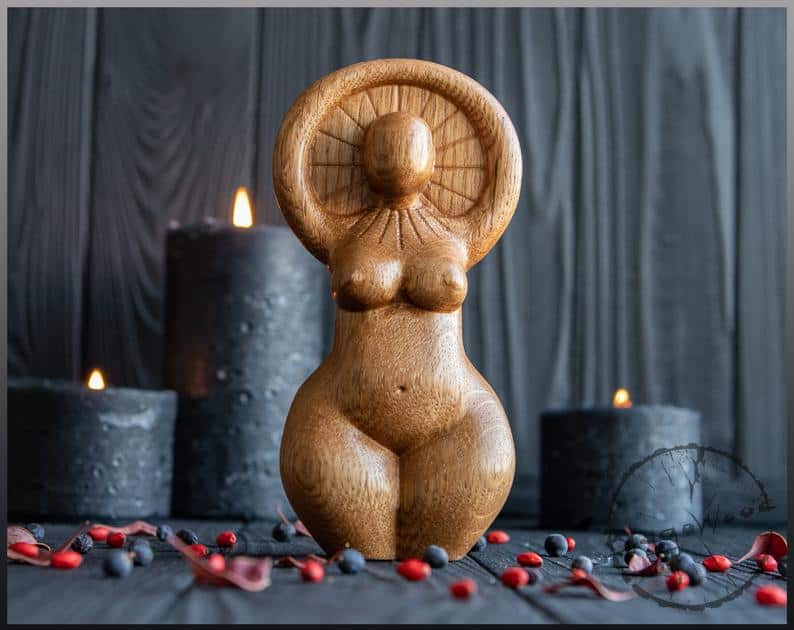 In Hittite mythology, she was the queen of all lands and the chief goddess.

She was the wife of the weather god Tarhunna and protected the Hittite kingdom.

The deer was sacred to this goddess.

Hebat was the mother goddess of the Hurrians. Arinna and Hebat were assimilated as the same deity.

A prayer from Queen Puduhepa says:

She was the Canaanite goddess of the sun and the daughter of El and Asherah.

As well as a sun goddess, she was a judge among the gods and a saviour of humankind.

Rituals with horses and chariots were associated with her.

This sun goddess was worshipped extensively through Germany and Scandinavia.

Her epithets include “the shining god” and “Bright bride of heaven.”

The sun disk known as the uraeus is her symbol, and was the emblem on the crown of Lower Egypt’s rulers.

As well as being a sun goddess, she was a protector of kings and women in childbirth.

Sekhmet is an Egyptian goddess of the sun. She also represented war, destruction, plagues, and healing.

She is an incredibly powerful goddess and one of the oldest deities in the Egyptian pantheon.

She also wears the Uraeus or sun disk.

Shimmering Sun Goddess Worship candle. Designed to honor the Norse Goddess Sunna in all of her radiance! Candle is hand-rolled and filled with corresponding dried plants, herbs, flowers and resins unique to the goddess. A special blend of oils anoints the candle and it is adorned with beautiful crystals and a dusting of gold. 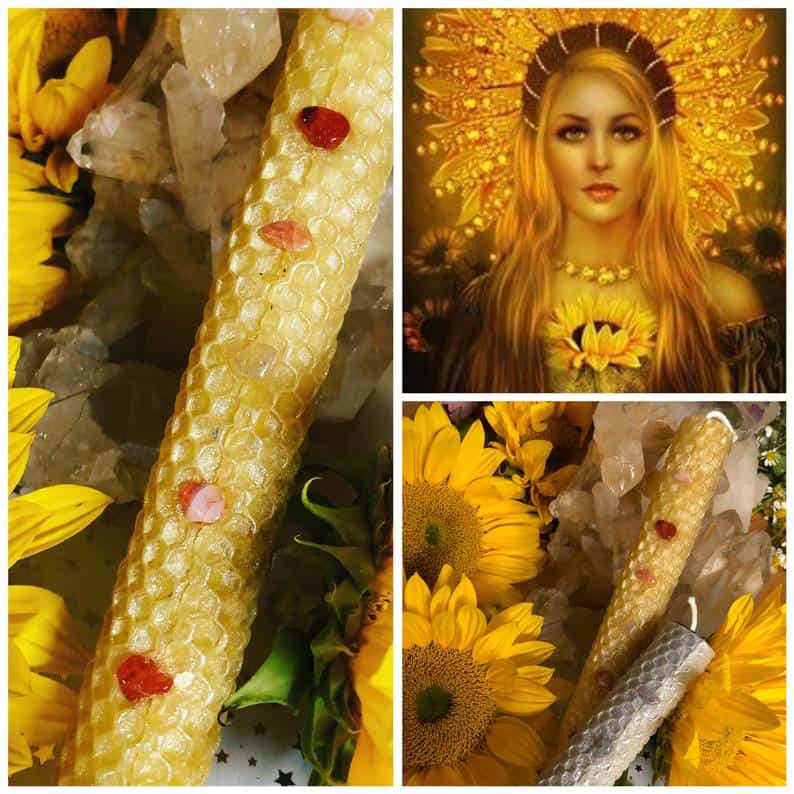 Hathor was a solar goddess and feminine counterpart to male sun gods like Horus and Ra. She was also a goddess of the sky, women, fertility, and love.

She was often depicted in the form of a cow.

This fierce lioness goddess was also a warrior goddess of the sun.

One of her epithets is “goddess of the rising sun”.

In Arabian mythology, Shamsun is a sun goddess and patron goddess of the Himyarite Kingdom.

Similar to the Norse Sol, Saulė is a Baltic solar deity. Her name is the conventional name for the sun.

She is also the goddess of life, fertility, warmth, and health. She protects orphans and other unfortunate souls.

She was married to Menuo, the moon god.

Grian’s name literally means “sun”. She is assumed to be an Irish goddess of the sun.

Sulevia is suggested to be a Celtic solar goddess worshipped in Gaul, Britain, and Galicia.

Olwen is a Welsh goddess that some believe was originally a sun goddess.

This is because she has light-related attributes and her name means “white footprint”.

Brighid is an immensely popular deity and a member of the Tuatha De Danann.

Among her many correspondences includes flames and the sun. In this aspect her attributes are light, inspiration, inner healing, vital energy, and skills associated with fire.

A Chinese solar deity, Xihe is the mother of ten suns that almost destroyed the earth.

In Finnish mythology, Päivätär is the sun goddess of the day, light, and life. She spins silver yarn and makes clothes from it.

She is described as beautiful, and in the Kalevala young maidens ask Päivätär to give them some of her silver jewelry and clothes.

Many Sami live in an area where the sun never rises during the winter. It is obvious, then, that the sun would be incredibly important to these people.

Along with being a goddess of the sun, she is also the goddess of sanity, spring, and fertility.

A white animal, usually a reindeer, is sacrificed to Beiwe during winter solstice.

Bila is a sun goddess of the Adnyamathanha people of Australia. Many Australian aboriginal people see the sun as female.

Bila is also seen as a cannibal that roasts her victims over a fire. That is the origin of sunlight.

Wala, Walo, or Walu is another Australian aboriginal sun goddess.

Bring Celestial witchy vibes to your soul with these gorgeous Earrings 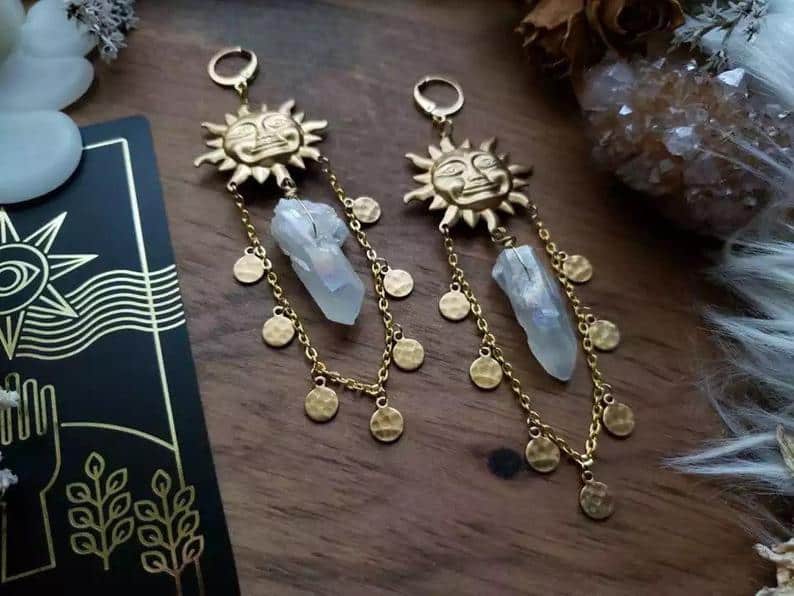 Bomong is the sun goddess of the Minyong in India.

When her sister dies, she covers herself with a giant rock. When her sister is revived by a carpenter, she re-emerges accompanied by singing birds and animals.

For the aboriginal Guanche people of the Canary Islands, Chaxiraxi is a sun goddess.

Known as the Sun Mother, she was later associated with the appearance of the Virgin of Candelaria.

Unelanuhi is a Cherokee sun goddess. She is a healer and protector of her people.

Malina is a sun goddess of the Inuit religion. Found most often in Greenland legends, she is constantly being chased by her brother the moon.

She is known for her passion, courage, and beauty.

Learn about the pagan holiday Litha. Why do we celebrate this holiday? 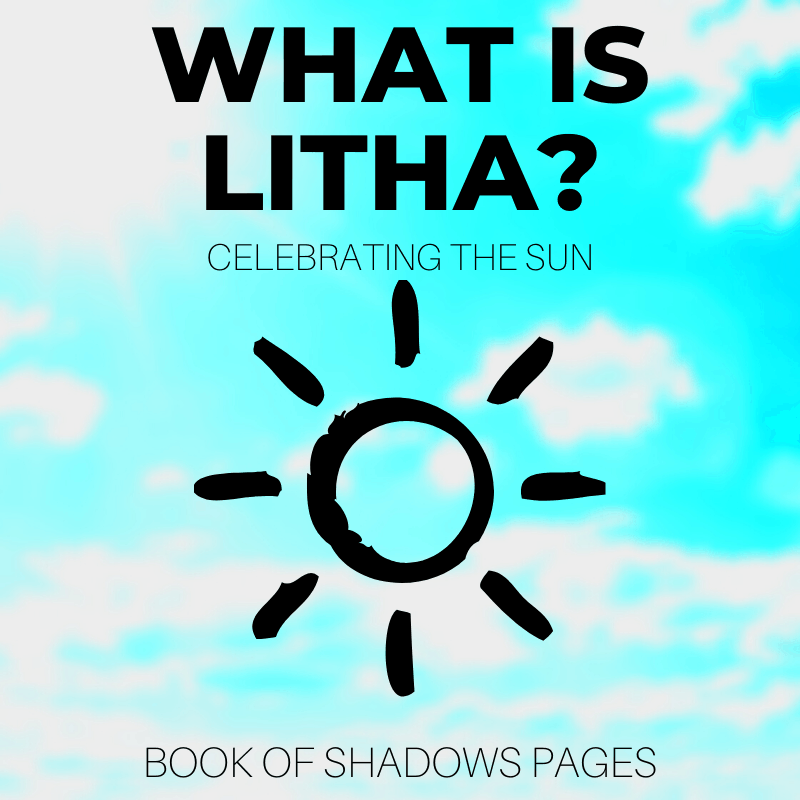