If you’re looking to add a little extra oomph to your justice spells, then look no further than these 7 herbs! When you’re facing a lawsuit or trying to get compensation for a wrong done against you, these herbs will give your spell the boost it needs to help tip the scales of justice in your favor.

In the United States, herbs and plants have long been used in witchcraft for their magical properties. Some of these plants are said to be beneficial when it comes to justice-related spells and workings. When you’re looking to add a little extra boost to your spellworkings or magical practices related to legal matters, consider adding one or more of these powerful botanicals into the mix.

Herbs that are associated with justice usually have other metaphysical properties like banishing, binding, or protection. This is because when you’re seeking justice, you often need to banish negative forces and energies that may be working against you. You might also bind someone who is causing harm from taking any further actions. Finally, protecting yourself and your interests is always a priority when legal matters are involved.

Why Use Legal Magick

As a witch, we sometimes take it as a given that whatever we do magically will tip the scales in our favor. We summon up spirits, call upon our guardians and helpers, and even enjoy flaunting our Craft in front of the mundane world. The idea that we can get a little favor from a higher authority doesn’t seem unreasonable to us.

But in the world of the law, you do well to remember that if anything goes just a little bit awry, you could find yourself in the kind of trouble that would overwhelm even the most powerful witch.

The truth is that the legal system is set up to be a bit of a juggernaut. It takes a lot to get around it, and even more to get around it successfully. Don’t forget that the justice system is not just about the people who are in the public eye. It’s also there to protect your neighbors, friends, and family. So whether or not you want to use herbs for magic to help you with your personal life, having some good connections can really come in handy should the worst happen and you need someone to speak on your behalf.

There are many ways to go about using legal herbal ingredients for spellworkings, depending largely on what you plan on doing. If you were interested only in protection spells, then perhaps something like sage might be all you needed. But since this article is focused specifically on magical tools that work towards positive outcomes when it comes to pursuing justice, here is a list of plants that might be of interest to you when it comes time to cast a justice-related spell.

Angelica: This herb has long been associated with angelic beings and the divine. In modern times, its uses have become more secular. Since angels and their holy powers have always had a strong association with matters of the law, however, one can see how an herb that works to summon up the power of heavenly forces would have great relevance to those who seek to attain justice.

Basil (Sweet): Basil is another popular ingredient often found in the kitchen as well as in the garden. While basil is generally thought of as a culinary plant, it also plays a role as a magical herb. Because of its sweet scent, as well as other aspects such as taste and appearance, it makes for a powerful addition to any kind of love charm or enchantment designed for romance. As far as legal magick goes though, this same aspect can be applied toward creating powerful protective charms that sweeten how others perceive you. They will be so taken by your beauty and grace that they won’t even consider you capable of doing harm!

Dragon’s Blood: It is a powerful ingredient when it comes to magic related to banishing negativity, making it perfect for use in any kind of justice-related spell or working. If you need to clear out some bad energy before bringing in the good stuff, then this resin is certainly worth considering.

Blessed Thistle: This herb is often used in blessings and healing, but it can also be used in spells that seek to bring justice into the world. This is because it corresponds to the planet Jupiter, which is associated with justice and fairness. When you’re working with this herb, you’ll want to focus on the planet Jupiter and its correspondences.

Have you ever dried your own herbs?

Learn how to dry your own herbs for herbal witchcraft with this simple guide! 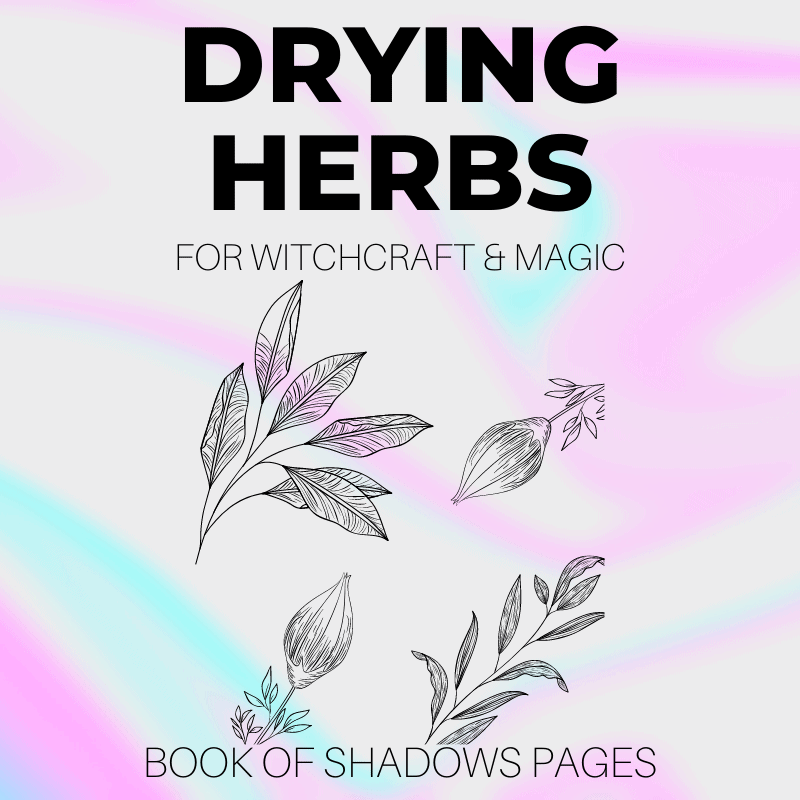 Frankincense: This is a popular ingredient in many kinds of magical workings, and it is often used for its spiritual and religious significance. But if you’re looking to use it for more secular magic, then you might want to consider using it for spells that involve winning legal battles. Frankincense has a strong connection with the sun, which is a major aspect of all things legal.

Using the power of the sun in your legal spells allows you to tap into unending optimism, strength, and courage. Frankincense also has correspondences like strength, courage, and wisdom. All of which are great attributes to have when you’re fighting for justice.

Cinnamon: This spice is most often used in sweet spells and charms, but it can also play a role in magic related to the law. Cinnamon’s connection to Jupiter makes it ideal for use in any kind of justice-related spell or working. It is said that cinnamon can help you to win when your cause is just, so long as you keep your head down and don’t get too cocky about things.

Holly: Holly may not be something you think of very much outside of holiday time, but it actually does come with some powerful magical associations! Using holly in legal magick will make sure that no one gets ahead of themselves by taking actions they shouldn’t be able to take against you.

When you’re up against tricky enemies, holly can protect you from their tricks. And there is a spiritual component at work here too. The spirits around you will become especially protective of you and fight for you in legal battles. They’ll also work extra hard to ensure the truth comes out and the right people prevail over the wrong ones.

Holly has magical correspondences including luck, health, warmth, and victory.

If you have a lawsuit or legal batter ahead of you, or if you work as a lawyer, trying these herbs in sachets and other spells can go a long way towards ensuring justice prevails. However, always remember that while justice magic might look good on paper, it takes more than just throwing together an incantation and waving your hands in the air before going off on your merry way to battle! You need to put your heart into your craftwork every single day until your case is resolved! If you do this, then your efforts should never fail to bring forth the results you desire!

Start your journal as a magical herbalist with this list of air element plants.

You can use these plants in travel spells, communication spells, and any spell that relies on the air element.

This PDF is formatted to fit your Book Of Shadows. 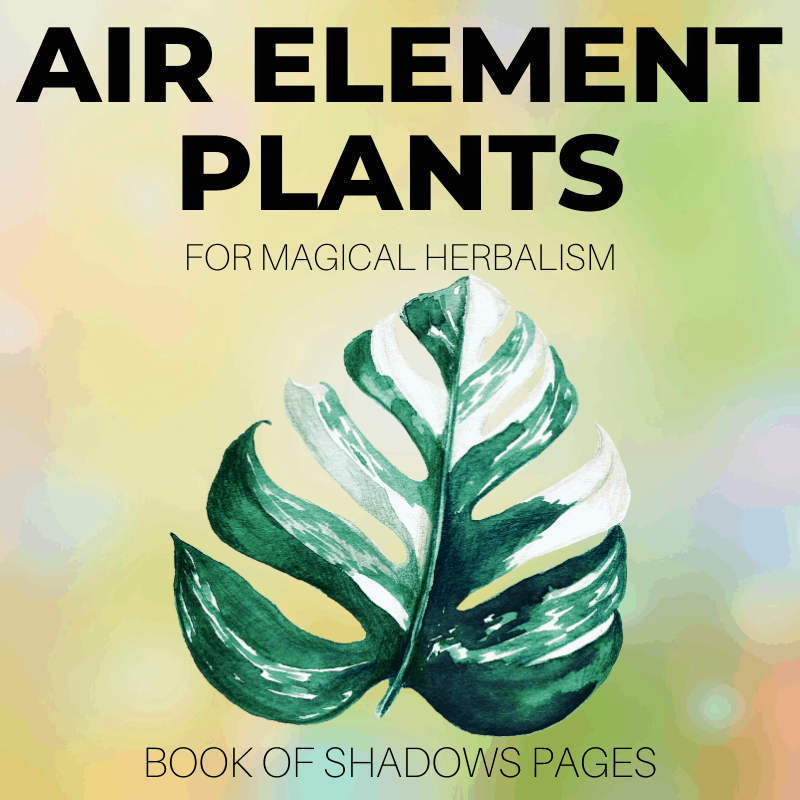