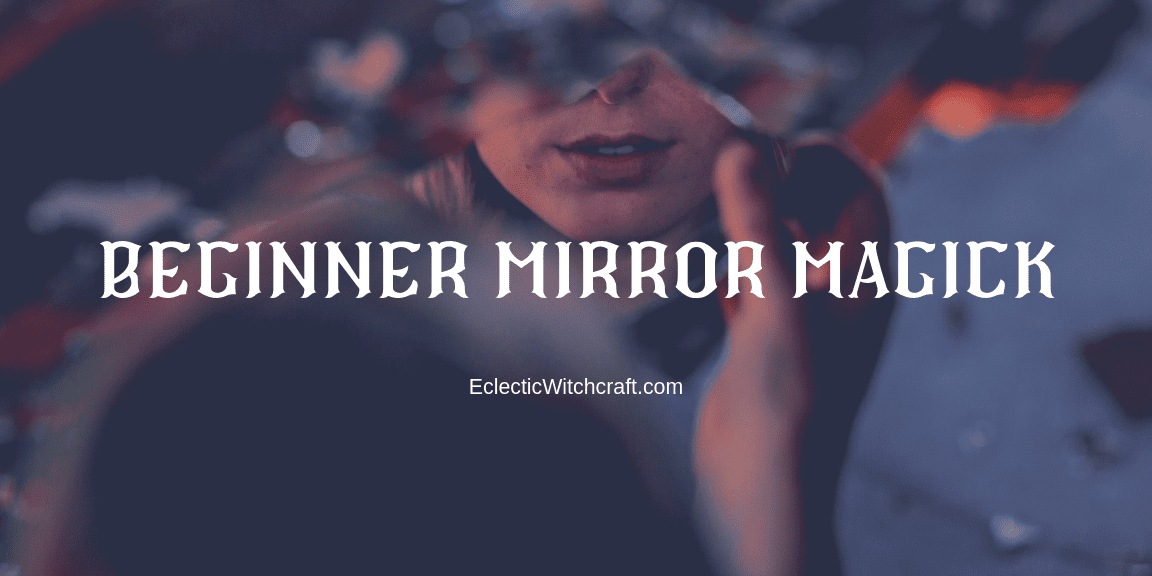 How do you perform mirror magick or scry with mirrors?

Can mirror magick reveal your future?

Do you love looking in mirrors, or do you avoid them at all cost?

How many times have you broken a mirror, and dreaded the years of bad luck?

What really makes reflective surfaces so enticing to us?

Humans love to look at themselves, preening and perfecting their outward appearance.

Sometimes, some people become so caught up with their outer appearance that they completely forget about cultivating their inner beauty!

So, why do mirrors draw us in, or revolt us, so much?

Their views distorted everything we saw, and no doubt accounted for a few strange details in stories passed down through the generations.

Almost from the beginning, these reflective surfaces were used for mirror magick.

Eventually shiny stones took over for those deep, dark pools of water.

It took a long time before our reflections weren’t distorted by waves or defects in stones.

Modern mirrors can distort us, too.

Sometimes we won’t even know that a minor imperfection in the glass is making us hate our bodies.

As far as inanimate objects go, mirrors might be the most powerful of them all.

They symbolize self reflection, self obsession, beauty, and are sometimes seen as portals to other dimensions.

There is so much folklore and so many fairy tales with references to mirrors that it would be impossible to recount them all!

Most people remember Snow White’s nemesis and her obsession with being the fairest of them all.

Vanity, of course, is closely associated with mirrors.

One of the first tricks I learned as a child was to stare at a mirror, unblinking, for as long as possible.

Over time, the room will seem to dim, and your own face will take on a more grotesque, sinister form.

Try it for yourself. Maybe you won’t see something terrifying on the other side, but testing this when I was younger led me to fear mirrors, especially in the dark.

I didn’t know at the time that I was performing mirror magick, but that’s just more evidence that mirrors are innately magical objects.

So what do you see in the mirror?

Do you want to learn how to use the mirror to reflect a better life back into the real world?

How about diving the future or learning the answers to your questions?

Do you want to perform mirror magick?

Mirrors can help us to remember things, to see past lives and divine the future.

They may let us contact the dead or other forms of spirits, and travel through different planes of reality.

What kind of mirror magick happens when you place a mirror in your home?

A mirror in your office or place of work can multiply the amount of work put on your shoulders, and near a bed a mirror can draw in new lovers.

Drawing in new lovers can be either good or bad, depending on your relationship status!

Don’t place a mirror in front of a door, since it can push people out of the room as well as keep energy from flowing into it.

Two mirrors near each other can cause feelings of anxiety, stress, and insomnia.

A blessed mirror placed over a doorway can bring blessings to those who enter the room.

So You Broke A Mirror

So why does the superstition about broken mirrors leading to seven years bad luck exist?

It might be because people once thought their reflection was their actual soul, reflected up to them from those dark pools of water thousands of years ago.

You don’t want to crack your soul into a million pieces, do you?

Mirrors were also once thought to be tools of the gods.

Breaking one would break that link between the owner and the gods, thus losing a huge source of power and the ability to foresee the future.

Or, the soul might stray from the body if a mirror is broken. Souls are clumsy, okay?

They’ll probably get hurt without a body with them.

The original superstition of broken mirrors leading to seven years bad luck comes from the Romans.

They thought that it took seven years for life to renew itself.

If you looked into a mirror while unhealthy, you would break the mirror and thus have bad luck and ill health for seven years until your life renewed.

So, You Broke A Mirror…

Do you want to avoid that bad luck?

There are a few ways to counter the bad luck that broken mirror may cause!

Just take all of the pieces of the mirror, try not to miss a single piece, and bury it under a full moon.

Another choice is to pound the shards into a fine dust that simply cannot reflect anything again.

Still, you don’t hear of people dying because of their bad luck, so it can’t be all that bad right?

You can simply counter the bad luck of a broken mirror by carrying a four-leaf clover, or doing a number of good luck spells.

Mirror magick can be dangerous, scary, and strange, but it doesn’t have to be.

Face a mirror and think of all the misfortune that has befallen you since breaking the mirror.

Think of how those things could have gone better, and then clasp your hands together and shut your eyes tight.

Beg Fortuna or another luck deity for forgiveness, and tell her that you never meant to break a mirror or cause her any trouble.

Kneel on the floor in front of the mirror and beg for her blessing so that your life may return to normal.

When you are finished speaking with Fortuna or your luck deity, thank them for their time, kiss the mirror, stand up, and turn to the right and walk away starting with your right foot.

Try not to break another mirror anytime soon!

Scrying with mirrors has been a popular method of divination since the time of Helena Blavatsky and theosophy.

Scrying was once the realm of water, but now it’s as simple as taking a pocket mirror.

Many famous people have used crystallomancy for divination.

John Dee for Queen Elizabeth I, Catherine de Medici, and Pythagoras are notable.

Ancient Greece has the witches of Thessaly, who wrote what they saw in human blood onto mirrors.

Nostradamus used a bowl of water as a mirror to write has famous, prophetic quatrains while in a trance.

Pierre Coton, a French Jesuit and confessor to the French King Henri IV, used a mirror that revealed plots against the king.

The Achaeans used mirrors to divine ill will, diseases, and sudden death.

Crystallomancy is more popular in the East than it ever was in the West, however.

It’s still very popular in India, where you would fast, pray and perfume the mirrors before use.

Catoxtromancy / crystallomancy involves looking into glass to divine the future.

You generally don’t want to see yourself in the mirror, so it should be angled in a way to show no human or living reflection.

Either a silver or black mirror will do for scrying, though black of course absorbs more energy and can be a more powerful tool.

Older mirrors are generally better, unless the oldest mirror seems “off” to you.

It isn’t hard to curse a mirror, and you don’t want to use a cursed mirror in a spell.

To do your first mirror divination, take a mirror into the bathroom and allow the steam to build up.

Once it is steamy enough, visions should form through the fog on the mirror, and may then be interpreted.

You can also wait for enough water to condense on the surface that it begins to drip, and divine from the shapes that those drips make.

In the 20th century, women would take a mirror into a dark room on Halloween.

They hoped to catch a glimpse of their husband’s face.

You can see similar visions by simply going into a very dark room where a mirror hangs, holding a flashlight pointed to the ground or a candle low in your hands.

What might you see in the mirror? Almost anything!

It depends on your desires, your thoughts, your movements.

Make note of anything strange, and write it down once you’re finished scrying.

Half of divination takes place after the ritual is finished, and is in deciphering what you saw, felt, experienced, heard, and thought.

Are you still curious about becoming a witch? I have a huge list of research topics that EVERY beginner witch needs to read. Once you finish this list, you’ll be a much more confident beginner witch! 🌙 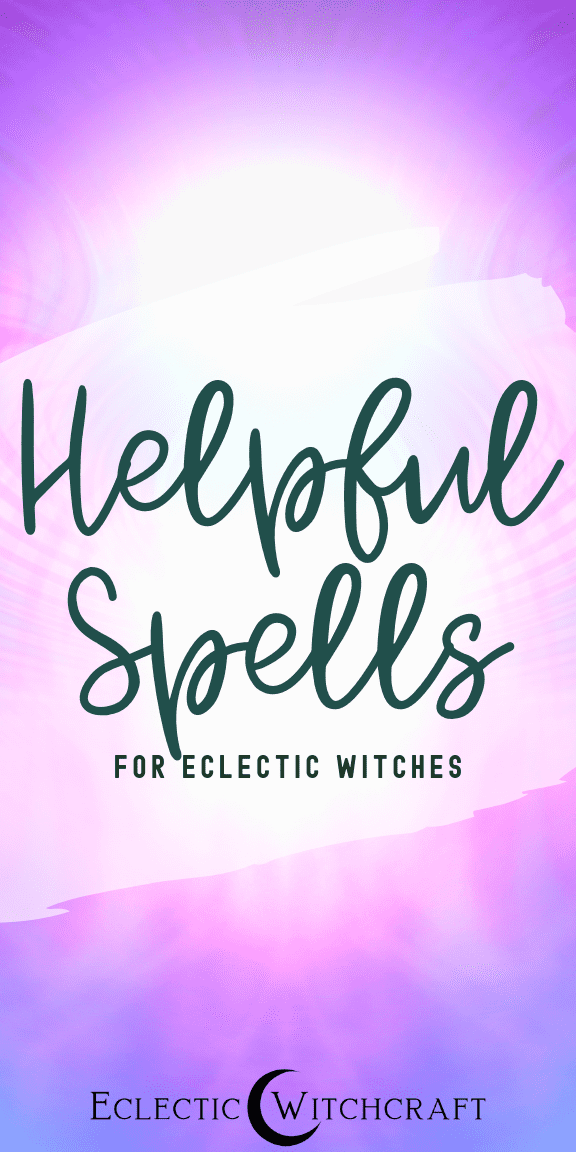 Please note that posts on this site may contain affiliate linksEclectic witches have the largest variety of spells at their disposal. Because they don’t have one specific magickal tradition that they are a part of, they are free to pick and choose what magick suits them and their needs. That means eclectic witch spells are,… 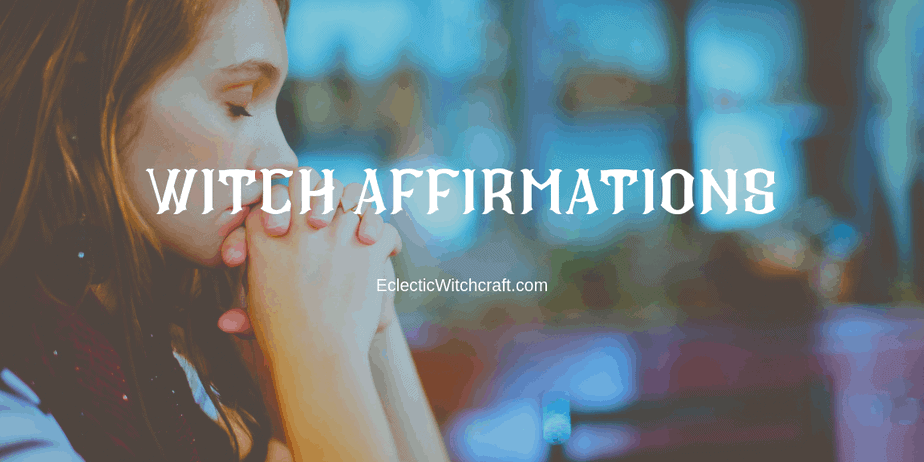 Please note that posts on this site may contain affiliate linksWhen I first wrote about affirmations for witches, I was still pretty skeptical about them. Witch Affirmations are simple phrases that are worded to be positive and in the present tense with the goal of making a witch feel empowered, happier, and witchier than ever…. 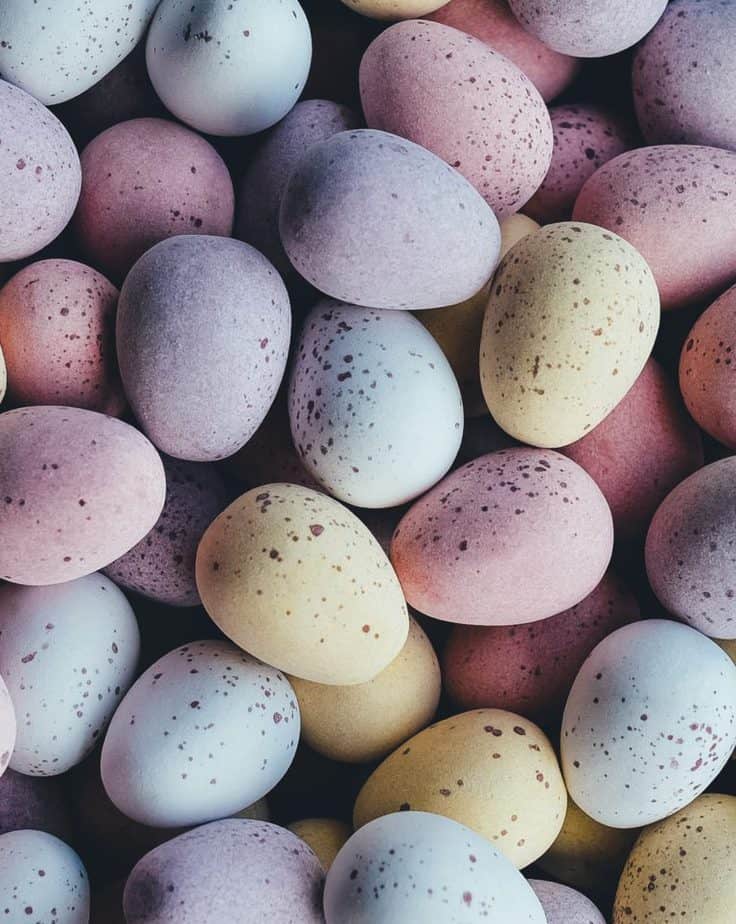 Please note that posts on this site may contain affiliate linksAn Ostara egg spell is the perfect ritual to help you put your plans and preparations into motion for the warmer months. With a wish and an egg, you can work powerful magick during the Spring Equinox. This egg spell works with seasonal ingredients like… 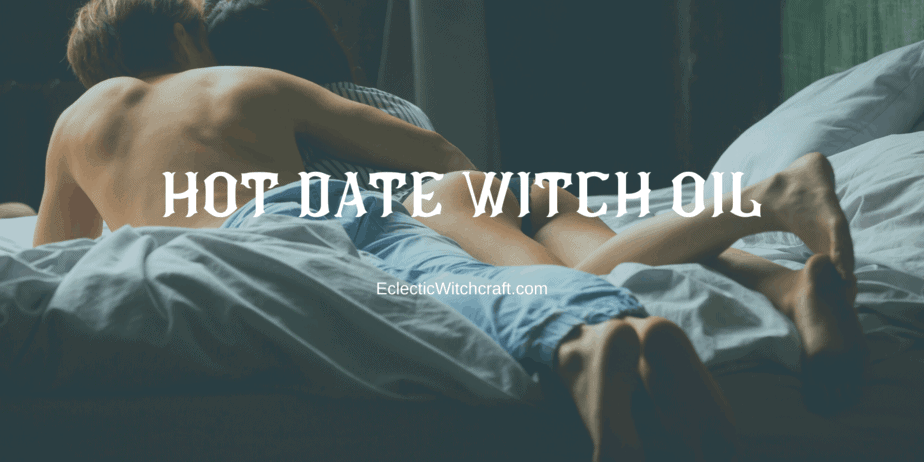 Please note that posts on this site may contain affiliate linksAre you about to go out on a first date? Have your past dates kind of sucked? If you go on your next one while wearing this oil, Aphrodite will help you have a hot date! It’s important to include the olive oil or almond… 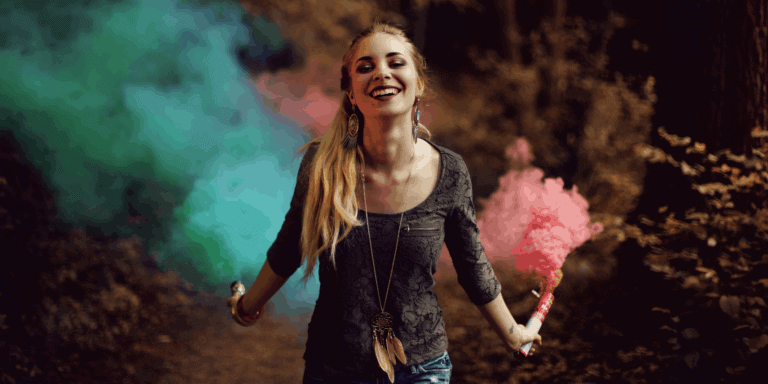 Please note that posts on this site may contain affiliate linksHappiness can be hard to find in our modern world. Just turn on the news and I’m sure at least some of your happiness will be sucked right out of you. I mean, there are wars, atrocities, murders, a crazy person in the White House!… 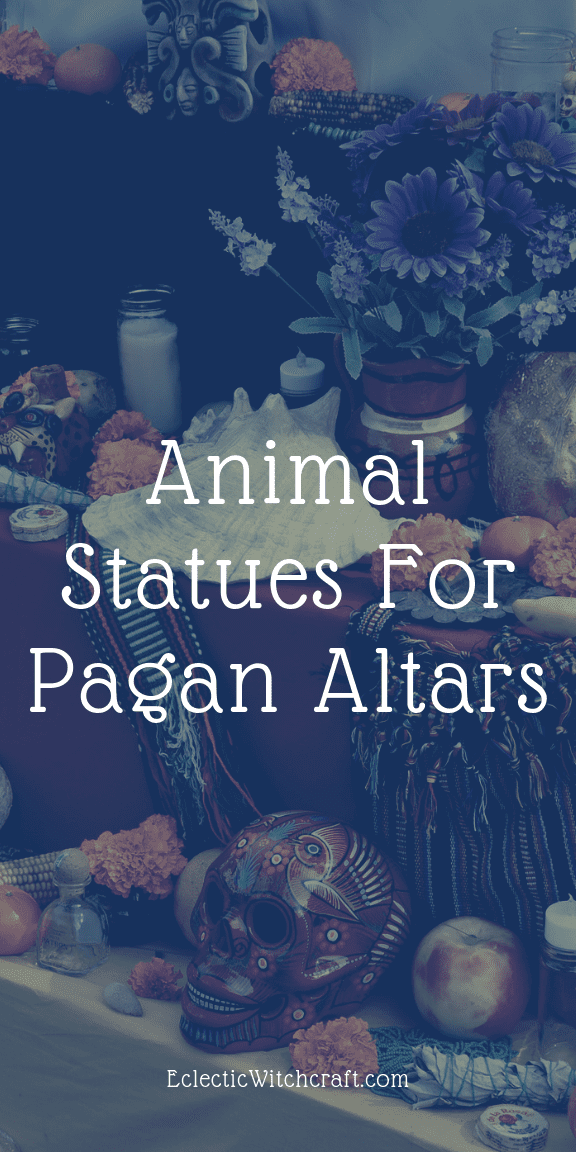 Please note that posts on this site may contain affiliate linksAre you looking for a new statue to put on your pagan altar? An animal statue may be just the thing you need. You can tap into the spiritual energy of an animal with a statue, and any deities that may be represented by that…