The meaning of Beltane is rooted in its pagan history. The sun is growing stronger, crops are healthy and bountiful, and the days are growing warmer. Fertility is evident in all of the natural world.

Beltane is a holiday that celebrates springtime and the coming of summer. It is a festival that was traditionally celebrated in the northern hemisphere (Europe, Asia, and North Africa) on May 1 or May 3. It symbolically represents fire, the sun, fertility, and new life.

Beltane was originally a celebration invoking and building the power of the sun. It is believed that the festival dates back to pre-Christian times. The Celts (Picts), Druids, and ancient Greeks celebrated a similar holiday on or around May 1.

In Wicca and other forms of Neopaganism, Beltane is often considered a time of sexual prowess and fertility. It is when the God and Goddess are said to be most potent in their power of creation.

In ancient times, Beltane was a spring festival. It was celebrated before the summer solstice (June 21) to aid crops and animals that would soon give birth in the rising summer growing season.

What Is May Day?

Beltane festivals have been observed for thousands of years. In the United States, it is also a holiday for the working class and labor organizations.

A spring festival called Beltane was celebrated throughout ancient times. It is a cross-quarter day that may occur on April 30 or May 1.

The early Celts celebrated Beltane as one of their most important holidays. They held fire festivals around May 1 to celebrate the spring. Beltane was celebrated by lighting huge ritual bonfires. The fires were used as a way to increase fertility and prosperity.

What Does The Maypole Represent?

The maypole [also called the May tree] is a wooden pole, often decorated with flowers and vines, representing the Goddess and God during the Beltane festival. It also has symbolic significance as it was considered a phallic symbol.

The sacred tree also represented fertility as well as continuity and endurance of life. The maypole was an important part of Beltane festivals. The poles were erected in the center of a field or just outside a village. They were often large and could be seen almost anywhere in the village.

The maypole dance is performed by couples who intertwine their bodies together with ribbons, forming a circle around the pole. The act is symbolic of the Great Rite, a sexual ritual during which a man and a woman are joined. The dance is also a symbol of the rebirth of the sun.

The Celts, Druids, and ancient Greeks all celebrated a version of Beltane. It was an important part of their religion and tradition.

While the holiday was frowned upon by Puritans, it rose in the modern world. It was adopted by the Wiccan religion and has been celebrated by pagans, witches, and members of many counter-cultures every year since. In the late 1960s, it was a favorite of the hippies.

Beltane is celebrated in both public and private rituals. Many people hold parties or rituals for their families and friends to spread joy and cheer. Many Beltane parties are typically held on May 1 at bars or fests, where people gather to celebrate the holiday.

How Beltane Is Celebrated In Wicca

Some Wiccans choose to celebrate Beltane with solitary rituals involving candles and bonfires. They may burn sigils, do herbal magic, create and use incense, or even do fire divination.

What Is A Fire Festival?

Beltane is a celebration that involves the worship of the sun. The Celts, Druids, and ancient Greeks celebrated a springtime fire festival on or around May 1.

The festival invoked and represented the power of the sun and its burning energy.

Fire festivals are often linked with sun worship, which makes sense since the sun is a ball of fire in the sky. These festivals’ sacred flames are used to strengthen the sun for fertile land and a long growing season.

There are many colors associated with this fire festival. Using them in your spells will make them more powerful.

There are many occult symbols hidden in the celebration of Beltane. From the power of the sun to the fertility of the fields, the festival is steeped in symbolism for pagans and Wiccans alike.

Discover the magic of the fire element with this PDF.

This content has been formatted to fit perfectly into your book of shadows.

Harness the power of flames in your magic NOW. 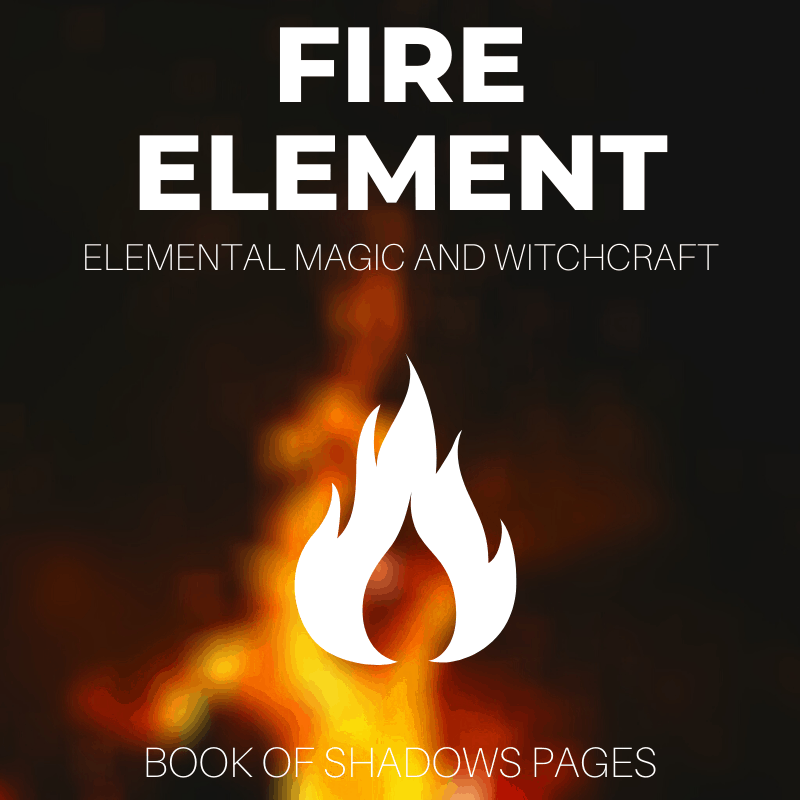