Which goddess is Athena?

Athena is the Greek goddess of war and wisdom. She is associated with owls, crafts, olive trees, spears, and snakes.

She protected many ancient cities from harm, including her namesake Athens.

This goddess is one of the most popular among witches. She holds power over many things in life, from inspiration to war, wisdom to justice.

This simplified PDF tells you all about the Greek goddess Athena, without all the ads that distract you. This is the perfect option for your book of shadows! Many witches are called to Athena worship. This is for a few reasons.

For one, Athena is well known, as most Greco-Roman deities are. So beginner witches tend to cling to a goddess that they have already encountered.

But it’s not just beginner witches that love this goddess.

Many associate Athena with feminism and feminist activism. From her virginity to her association with war, it’s easy to see why she is popular with women.

Her association with crafts like spinning, weaving, and metal-working solidify her mystical powers.

Those crafts were all very much associated with spirituality.

Plus, witches tend to be bookish. Athena’s association with wisdom, inspiration, and strategy make her popular among bookworms.

Many of the witches I have spoken to say that she is a motherly spirit, though some say she can be hot tempered and serious.

This small statue is gorgeously painted with gold accents. Honor your goddess with this statue on your altar. 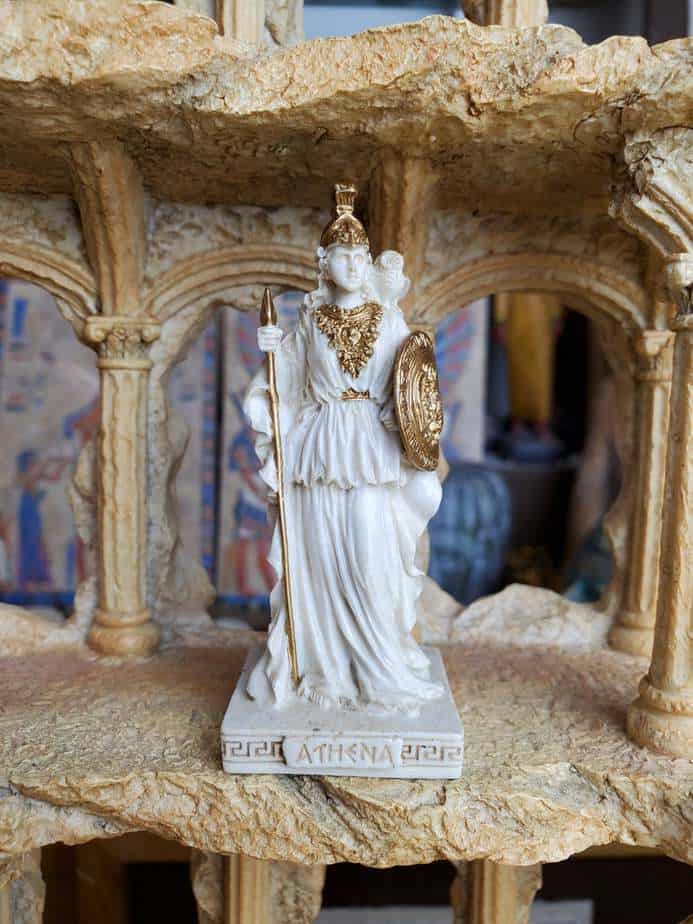 A few things to note about Athena include her family ties, her myths, and how she was perceived in the past as well as now.

Athena was a virgin goddess. She refused to marry, even when Zeus told her to.

Perhaps because she is Zeus’s favorite child, he allowed her to never marry.

Another interesting fact is that Athena was immortal, a trait she had in common with the 12 Olympian gods,

Much to the chagrin of Ares, Athena is seen as the best deity to turn to when it comes to war and battle.

This is because she has wisdom on her side, something which Ares lacks.

Many witches say that these two deities cannot coexist as patrons of the same person. I haven’t tried it, so exercise caution if you do!

"Athena" is a silver ring with ancient coin representing the fearless goddess Athena, the archetype of the brave woman, boldly striding across life, whose greatest strength is her outstanding intelligence. 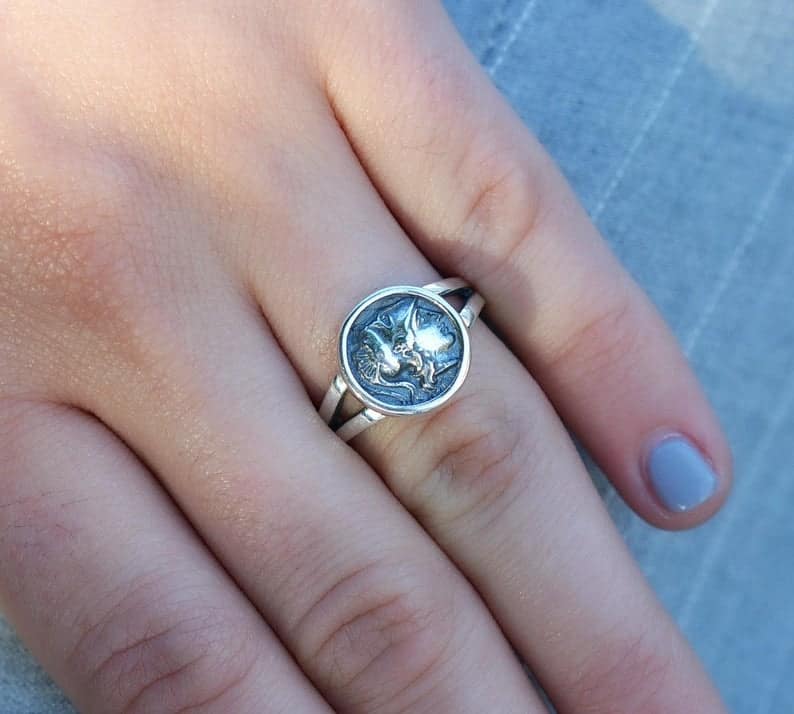 While Athena never married and remained a virgin, she did raise Erichthonius. He is the son of Gaia and Hephaestus.

Her parents are Zeus and Metis, a sea nymph.

Who knows how many other siblings she has, considering Zeus is her father!

Her aunts and uncles are Hestia, Hades, Poseidon, Demeter, and Hera.

Finally, her great great grandparent is Chaos, who created both Gaia and Uranus.

The first myth of Athena concerns her birth.

Metis was Zeus’s first wife. She was known as the wisest among gods and mortal men.

When Metis fell pregnant, there was a prophecy that her children would be wiser than Zeus and would overthrow him.

Zeus’s father had a similar issue, and Cronus’s solution was to devour his children.

As you might guess, Zeus had the same idea, but instead of just devouring the children, he devoured Metis whole!

Metis was already pregnant, and in time, Zeus developed a headache. He asked Hephaestus to help relieve the pain.

So Hephaestus cracked his head open with an ax!

And Athena emerged from Zeus’s skull, fully formed and ready for war.

Another myth of Athena is more tragic.

Before she was a Gorgon, Medusa was a beautiful woman.

She was so beautiful that the god Poseidon burned with desire for her.

Poseidon pursued Medusa and raped her, thus breaking her vow of virginity to Athena.

Unfortunately, Athena did not show mercy to Medusa. She turned her into a terrifying monster that turned anyone who looked upon her into stone.

There are many other myths of Athena, but those two are some of the most famous.

The Athena Candle is inspired by the goddess herself, specially crafted to draw in her blessing and bring more wisdom and strength into your life.

﻿Adorned with genuine blue goldstone (represents vitality and ambition), a ceramic owl (her historic symbol), and topped and infused with organic tea leaves, this candle is created to emanate all of the aspects of the illustrious goddess of wisdom. 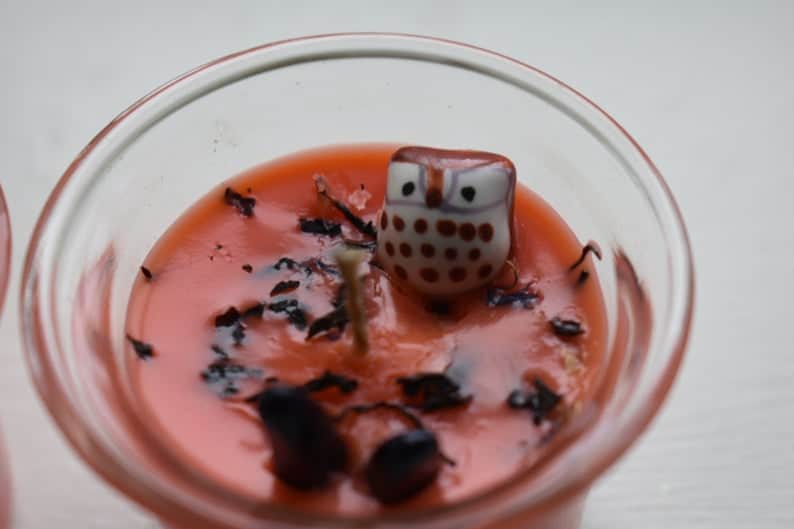 Download this blog post in a simplified format. It has the ads removed for easy reading and printing. This is the perfect option for adding this blog post to your book of shadows! 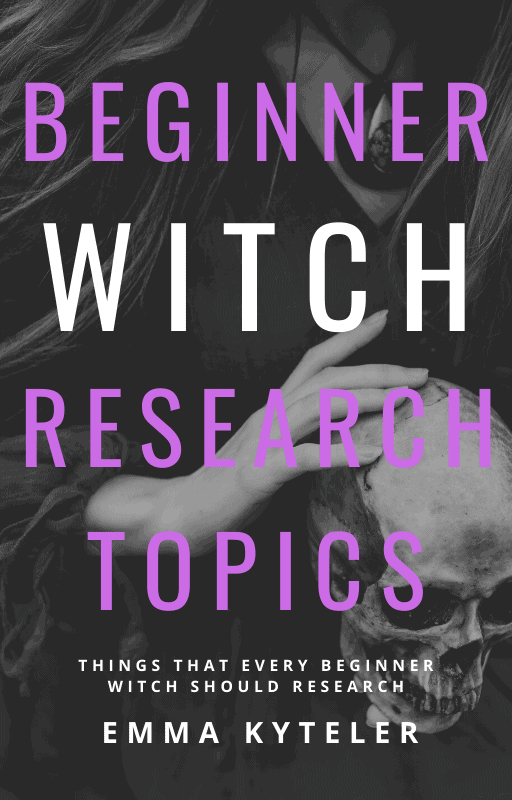